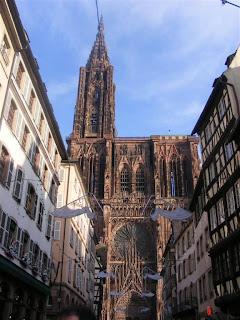 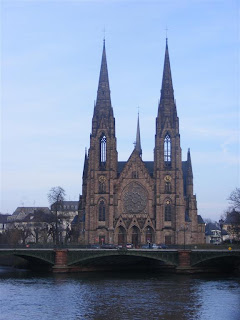 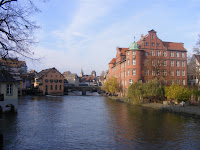 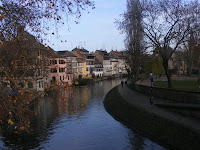 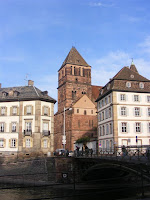 down as far as we could. We wanted to stay at a French Passion site
again as we missed their hospitality and choose one in Cleebourg. When
we arrived we wern't sure if it was open but after pulling back a huge
oak wooden door we found a bar area and lots of locals sampling the
wines - who were we to argue? We sampled a few glasses and found a white
we both really liked and took it back to the camper where we spent the
night round the back of the building www.cave-cleebourg.com. In the
morning we decided we liked the wine so much we went back in and bought
a case to bring home!
Today we have visited Strasbourg which was lovely - so much history and
old buildings to see - something which Germany lacked a little. The
Christmas market was huge but a bit 'naff' compared to the hand made
crafts of Germany - although there were a few biscuit stalls. One thing
we have missed from France.... bread!!
We've just picked up some Wifi on our way to Metz so are posting a few
pics of Strasbourg - we'll be in Paris in a few days.
Posted by Europe By Camper
Labels: Germany, Strasbourg