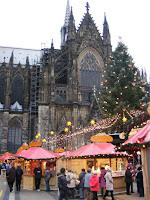 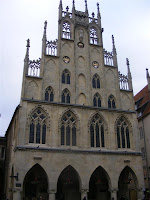 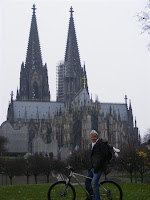 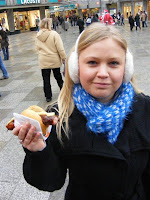 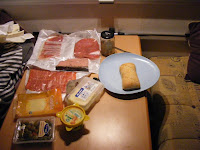 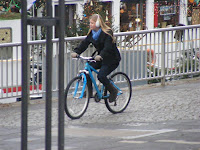 When we drove into Hannover it was throwing it down with rain so we had a quick ride round the city to see the main attractions as it was quite
early in the morning. We stopped outside the Rathaus, which we now know to mean 'town hall', and took a few photos.

The bad weather was persistent so we made our way to Munster where we the Christmas market had just started. When we arrived we discovered the Christmas market was the largest we have come across so far and it was heaving with coach parties. The market seemed to wind its way through all the little streets and squares near the Rathaus, lots of stalls were selling Christmas punch and Bratwursts (We are trying not to buy one at every Christmas market we go to!)

We had decided to drive down to Cologne before heading to the
Netherlands so we made our way in that direction. When we arrived at the Aire about 2km up the river from the centre of Cologne we were astounded by the number of UK registered campervans - at least 20 or so! We payed 8 Euro including electric and while setting up we got talking to a couple who told us about an Aire in Brugge which will come in handy inthe next week or so.

As it was so busy we decided the best way to get into Cologne would be to take the bikes down the cycle path that runs right next to the river from the Aire for about 2 miles. It was very cold but only took us about 20 minutes to bike into the centre. There I managed to find an new fitted coat from H&M!