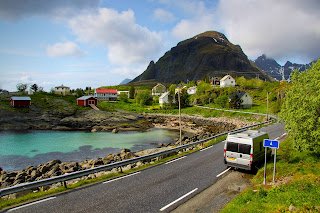 
Our latest trip took in 21 countries in total and we managed to cover just over 23,000 miles. We thoroughly enjoyed the 251 sunny days out of 334 days away. 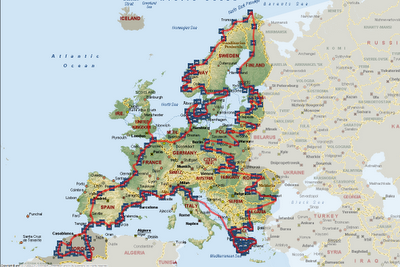 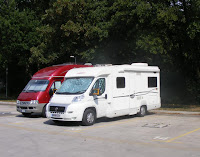 Holidays would never be the same after our tour in 2008, as we flicked through holiday brochures and decide how we would spend our 21 days a year holiday allowance in a lump sum given that we were both employed since returning at Christmas. But then an opportunity presented itself to do it all again this time in a much larger CI Carioca 694 motorhome. We planned how we were going to visit 10 countries in 21 days, covering over 3,500 miles and travelling as far east as Budapest we had the time of our life. 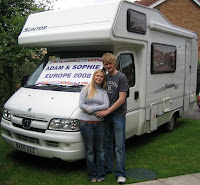 We picked up a just 3 year old Suntor which was immaculate and had covered just 6,000 miles from new and set off around Europe having done very little, if any, research along the way. We travelled down through France and around Italy and ventured up through Austria and Germany. Our timing wasn't great, since the further north we got the colder it became and we were unable to pass over into Czech because of the lack of winter tyres. You can read more about that particular trip here.

We then returned and attempted to get back to some kind of normality, we both got jobs and the camper was sold for practically what we had paid for it despite adding 10,000 miles and an MOT and Service looming. We sat and reviewed our previous trip what we would do again and mourned the fact that it was likely to be another decade before we were able to complete such a tour again.