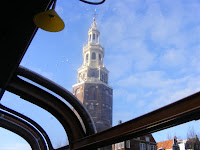 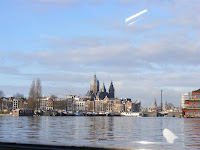 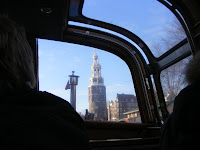 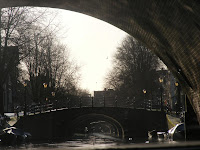 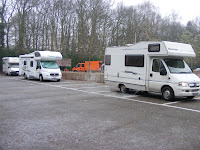 We returned to Amesterdam in the morning to go on a cruise of the
cannals - something we missed on Day 1 as it was getting dark by the
time we go back to the station where the boats also depart. It is
certainly one of the best ways to see the city and we were taken past
Anne Frank's house and the mayors residence and many other facts about Amsterdam were explained to us.


We got back to the campsite around 2pm and set off on our journey to Gouda and Rotterdam. There aren't nearly as many Aires or even campsites for that matter in the Netherlands and we decided after visiting Gouda
and seeing how industrial Rotterdam was to press on into Belgium. Amsterdam is certainly the highlight of the Netherlands we wouldn't go as far as to say it is all 'flat an boring' as we've heard said before once you've seen a few windmills and a few cannals that just about sums it up!

Tonight we are staying on a free Aire just inside Belgium near Antwerp and although little more than a car park we've been joined by two other Belgium campers which is always a good sign.
Posted by Europe By Camper
Labels: Amsterdam, Netherlands