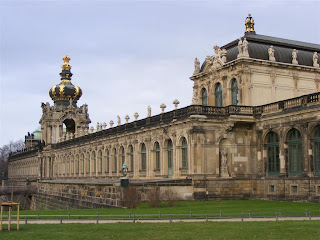 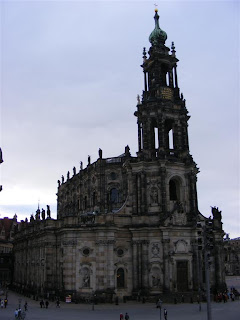 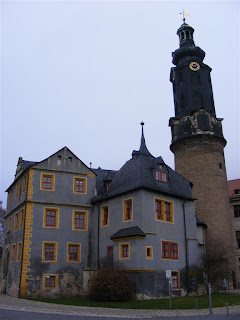 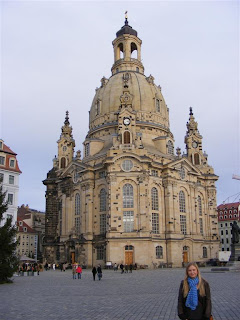 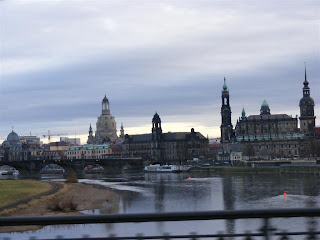 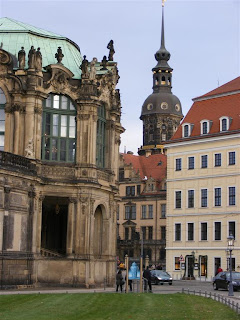 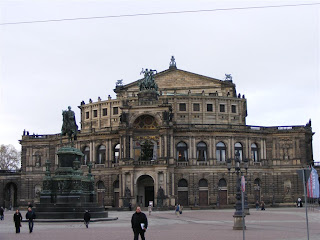 We drove from our free aire into the small town of Weimar early this
morning - we had no problems parking in the centre yet again and we
found that the parking was only 50 cent for 1 hour which was the
cheapest we had paid so far. We literally had the town to ourselves as
there weren't many tourists around. We took a few photos and wandered
round for an hour or so and headed back to the camper so have our breakfast.
We made our way toward Dresden which was around 100 miles from where we
were. We hadn't really researched Dresden so didn't know what to expect,
we just drove toward the centre. It was around lunch time but we spotted
some pretty impressive cathedrals etc and a wide road with a few cars
parked down so we pulled up and found that we were able to park there
for a few hours. It only took about 5 minutes to get to what seemed to
be the main attractions.
Dresden was beautiful and had lots of things to see, quite a few
Christmas markets also - We stopped off at one to have a Bratwurst with
mustard (Very tasty!!)
As we made our way in the direction of Berlin two of the Aires that we
stopped at were questionable so we decided to make the trip into Berlin
early. The site we stopped at is run by the German AA and is right in
the city centre, Adam spoke to the lady at the reception who spoke
little English but said that the underground was a 5 minute walk up the
road which would take us into (one of) the centres?! Supposidly Berlin
is so big that it has 3 centres .....
After having to use the underground in many places as a means of
transport ,we were fine with using it again as driving into the centre
of Berlin with a campervan was sort of out the question!
Posted by Europe By Camper
Labels: Dresden, Germany, Weimar