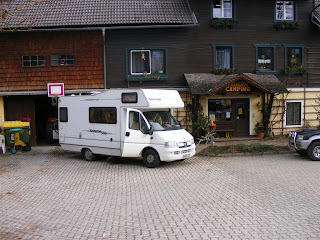 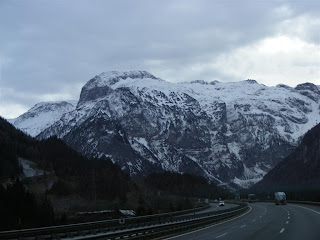 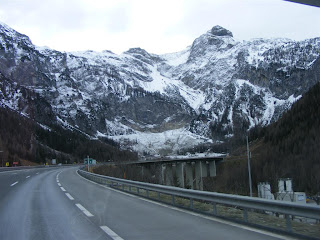 After visiting Salzburg we headed for a campsite about 40 miles South of
the centre. The campsite was called Tauern Camping, and again we were
the only people there but the campsite owner was very friendly even
though he had just flattened his thumb with a hammer!
We managed to get lots of washing done and had a turkey stir-fry for
tea. In the morning we had an amazing shower, probably the best we have
had so far! We left the campsite quite late and we only got charged 15
euros which was very cheap compared to the other campsites we have
stayed on so far in Austria. We filled up with water and headed for a
free aire close by to Graz - on the journey we encountered lots more
tunnels, some of them stretched to over 3 miles long in the middle of
which we passed from one region to another.
Compared to the rest of Austria the south of Austria seems slightly more
industrial and not as mountainous than the other regions, nevertheless
it was still nice to drive through.
Posted by Europe By Camper
Labels: Austria