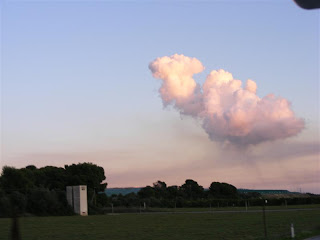 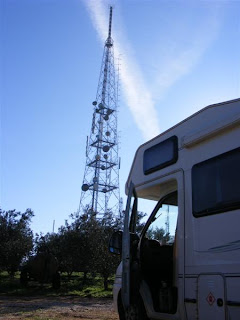 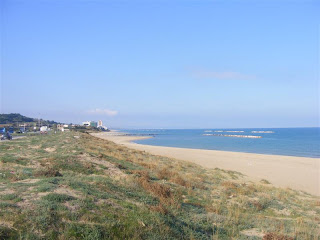 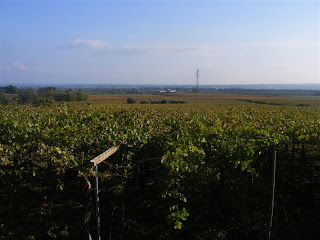 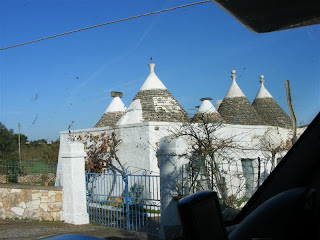 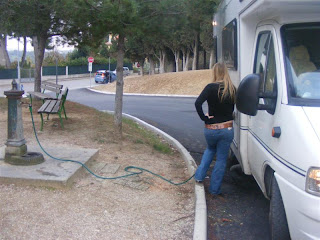 Apologies for the delayed update, we've had problems with internet
coverage since we left Pompei so have been unable to update the blog
when we wanted to.
We've spent two days mostly traveling, from Pompei we got on the toll
roads and headed south as far as Taranto which was a large industrial
place. 'Look at that cloud!' we said from about 20 miles out, pointing
to a strange white light bulb shaped cloud in an otherwise blue sky -
only to find it was coming from one of the MANY factories there. We
headed to our stop, Villa Castelli, which was an Olive Oli producer next
to a MASSIVE radio mast (and we still couldn't get any internet
reception!). The houses surrounding Castelli all had similar, strange
round shaped roofs which we haven't seen anywhere else in Italy. From
there we traveled to Bari and the hugged the coast up as far as Termoli
where we planned to stay the second night.
We eventually found the place as mentioned in our book after asking some
locals and plucked up the courage to knock on the door. An old lady
opened and looked at us very confused. About five minutes later the
owner of the farm and his wife turned up on a motorbike followed by a
car with his three daughters in. They all looked very confused to see us
and spoke to each other in fast italian with lots of arm movements!
Eventually, one of the girls asked me in English "Why do you want to
stay here?" - I showed them the book - they'd never seen it before - but
it was their farm in it! The old guy who's farm it was proclaimed 'no
problemo!' and invited in to have a meal with them. I don't think they
really knew what was expected of them! We declined and parked for the
night, after being shown their wine they produce on their 45hectar
property and we bought 3 bottles for 13EURO.
Today we travelled up the coast from Termoli to our stop tonight just
outside Ancona in a truck stop alongside a couple of other camper vans
where I sit writing this blog. The coast is nice, but no nicer than the
south of France and we stopped for lunch along the way, and to fill up
with water from a stand pipe in a town (Gordon's hose attachments come
in again!) All of the camper stops were closed - we did find a camp site
open but the guy wanted 20EURO to stay and that didn't include showers
or electric so we pressed on to where we are now.
Tomorrow we'll slow down a bit and explore a bit of this area of Italy
and start to plan our journey North.
Posted by Europe By Camper
Labels: Ancona, Italy, Termoli, Villa Castelli