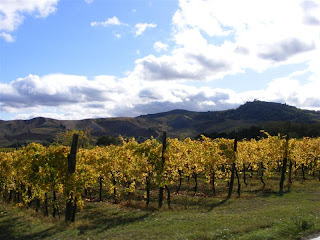 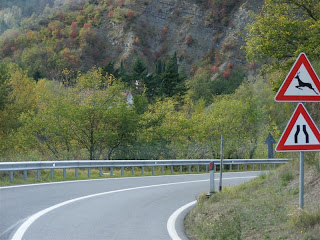 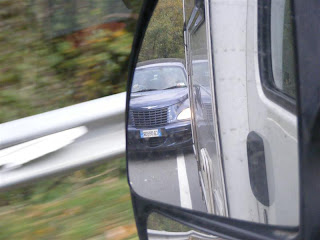 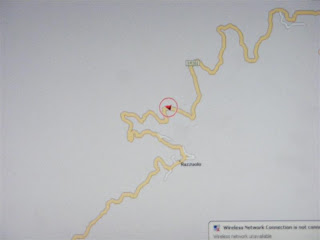 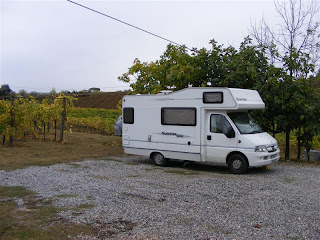 Not much to report in this entry, we set off from the vinyards at about
11:30 which we stayed the night and made our way slowly down windy roads
towards Pisa. The journey was supposed to take two hours - but with the
state of the roads and the views it took closer to five. But we were in
no rush (Sophie was driving) and stopped and had a lunch of.... Noodles!
Our stocks were getting low and we still hadn't passed a supermarket,
hopefully there will be one soon!
We had to fill up with Diesel as we were getting low, Agip seem to be
the cheapest for diesel here at 1.18. However the one we stopped at was
a pre-payment station, which has blown my MPG calculator until we can
next fill up a full tank but I'm sure it's still doing well.
We eventually got to Certaldo just before sunset. When we arrived
there was already three italian camper's there and it looked a bit
tight. The old guy we met at the door rambled on in fast Italian about a
'problemo' and 'no telephono' - persuamably moaning about us not
telephoning in advance - something that the UK version of our guide says
you don't have to do (first come first served). We were given a pitch on
a bit of a slope, and wern't given the four star treatment that a fith
italian camper as given (full guided tour, access to the pool etc). No
matter, we only wanted to stay one night. Still not bad, out of all the
places we have stayed this is the first time we haven't been felt 110%
welcomed. I made Pizza's for tea on Naan breads. Tomorrow we set off
from Pisa and Sophie will update the blog.
Arrivederci!
Posted by Europe By Camper
Labels: Italy, Tuscany