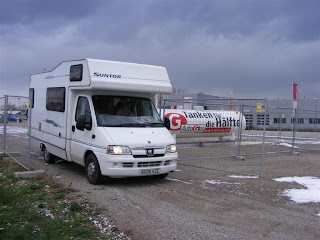 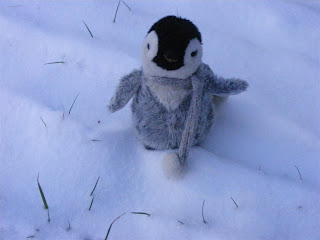 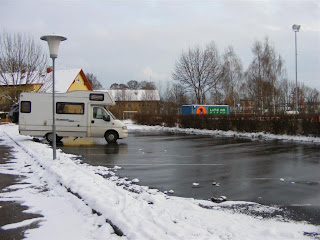 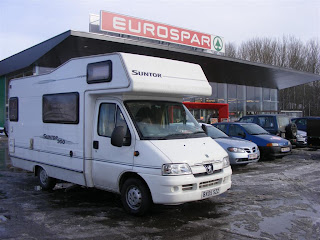 This will be our last post from Austria - we are currently travelling to
Munich. We found out last night that winter tyres are compulsory in
Czech and on the spot fines are handed out on the motorways if
travelling with summer tyres.
Austria has just had it's first proper snow and they seem to be handling
it much better than in England - all the roads are perfectly clear.
Yesterday we travelled from Vienna to Linz (With the intention of going
to Czech!) not many photos as Linz was largely industrial and we spent
the night at a free aire just outside the city (See photo above)
Upon leaving Vienna we needed to fill up with LPG since we had not
filled up since Italy and had been using the heater on gas quite a lot.
We hadn't realised but LPG is as rare in Austria as it was in
Switzerland and also taking into consideration it was also a Sunday not
many places were open. However, we had loaded all locations of LPG
filling stations in Europe onto the satnav so we headed for the nearest
one to find it was nothing more than a giant gas cylinder on a piece of
wasteland. To make matters worse it was pay at the pump and only
accepted Maestro cards which neither of us had!!
Fortunately a friendly German who was waiting behind us let us use his
card in return for euros so luckily we were able to fill up with gas and
didn't freeze to death last night! We are quite disappointed to be
missing out two countries (Czech and Poland) but are really looking
forward to Germany, Netherlands and Belgium and also Paris right before
Christmas.
Penguin has also taken to the snow.
Posted by Europe By Camper
Labels: Austria