A+ A-
Print Email
The pictures have uploaded in the wrong order, but you should get the idea.

If you click on any of the pictures in this blog, they will enlarge :) 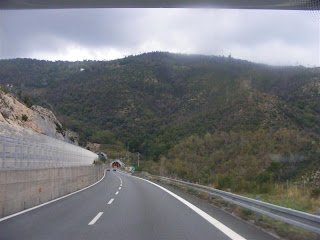 Italy - Tunnels and lots of them 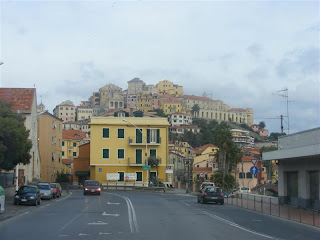 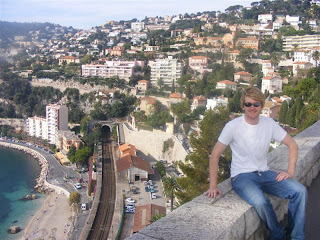 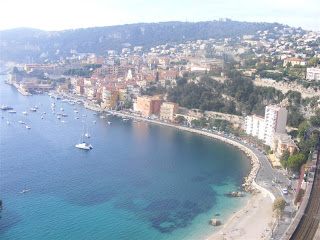 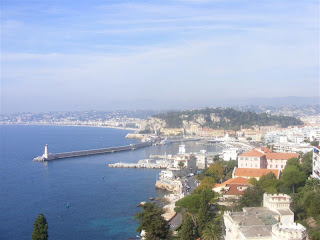 By the way, the layout has changed slightly - you can blame Sophie for that!

After heading along the cost some more after Nice, we headed for Monaco. The coastline in the south of France spectacular - made even more so by the countless yachts and fast cars in the coast. We drove through the center of Monte Carlo and saw the Casino and part of the F1 track, but unfortunately couldn't find anywhere to park the camper, probably just as well as we had already spotted the Diesel and All Saints shops, as well as a big Zara and Guess plus just about every brand you can think of. There was some roads further out which we may park on if we choose to return via France rather then up to Austria and Switzerland.

We then headed for Italy, thankfully this border crossing was less eventful then the Swiss one, stopping only to attach the chevron board to the bike rack.

First observations of Italy for the few hours we have been here:

o Fuel is more expensive here, diesel about 1.21c rather then the 1.10c we have been paying.
o The infostructure is not as developed as France - all traffic lights in France are brand new, signs, well lit tunnels etc - Italy seems a bit more backwards in this regard.
o The drivers are even more mental and the roads are even smaller!
o The Aire's on the toll roads, however, are much better for campers - providing free water / waste / electricity. Thank's to Gordon for the multitude of hosepipe connectors we were able to fill up our tanks.

We are staying tonight for free at an Italian Green Stop site (sort of like the French Passion). When we arrived there was nobody here but a friendly (HUGE) Alsatian and a horse. Our 3G connection works here in Italy so we should be able to make some more frequent updates. We want to visit Rome, but we are going to stay at a site and get a train in as I think driving anywhere near to the capital is probably not a good idea!