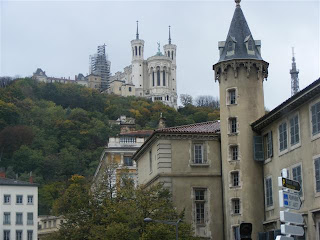 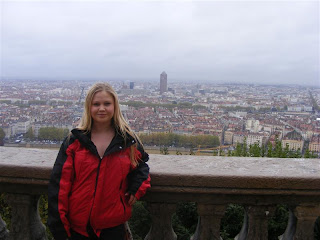 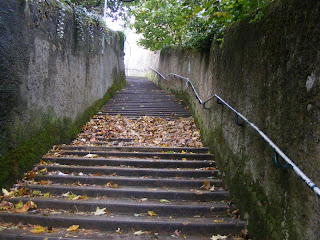 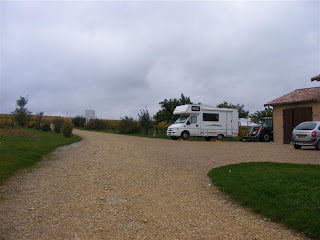 Ok, so we haven't found a Mc Donalds yet for free Wifi - so the next blog update is going to be two in one!
We awoke about 8am to the sound of an air raid siren.... slightly disconcerting. When we went to purchase some more wine before we left, we found that the siren meant the river was in danger of bursting it's banks due to the amount of rain during the night and when we got into the village it was indeed very high.
Today we went to Lyon, Frances second city with the oldest amputheretre in europe dating back to 15BC. After finding somewhere to park right in the city centre (no mean feat with a 20ft camper, but much easier then in the UK - you just look for other campers!) we walked up 100's of steps to the top which made the treck to Edinburgh castle look easy - the views at the top however were rewarding.
Last night we stayed outside a farm shop which was just closing as we arrived. We parked next to a french camper, the first time we have stayed next to another camper since we started our trip.
I'm writing this latest entry while Sophie is driving (!) to Marselle, about 150 miles today. The scenery is changing and the houses are becoming more colourful.
We're doing well on fuel too - diesel is 1.10 euro and we managed 29.6MPG on our last tank full and we've just ticked over 1000 miles since leaving York. Long may it continue!
Posted by Europe By Camper
Labels: France, French Passion, Lyon