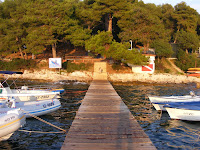 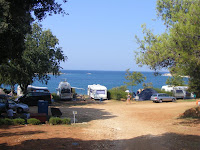 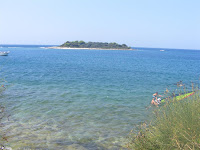 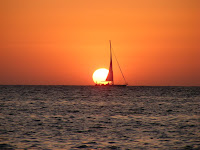 We woke up late this morning given that there was no sign of the thunder storms that we have been promised we decided to have a rest day on the beach, where we sat for several hours with a book in 30c heat! We did some washing and other chores around the van before we set off early tomorrow. We've had the air con running constantly and it was great to come back to an ice cool van after a few hours on the beach!

A few pictures from the day. Tomorrow we move on to Trieste which is on the west cost of Slovenia but is in fact in Italy - so that will be another unscheduled country to add to the list!
Posted by Europe By Camper
Labels: Croatia, Sunset