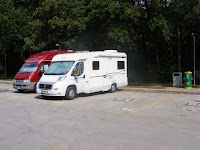 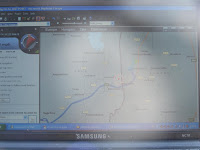 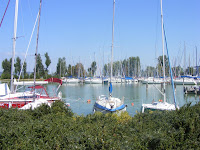 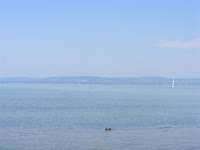 We headed out of Hungary towards Slovenia, stopping of course at Lake Balaton. We were going to stop here but as it was very overcast and murky and the river was quite green we decided to push on to Slovenia. We took a gamble on the new motorway linking Ljubljana to Budapest being finished as it wasn't on any of our maps or TomTom. As it happened, we had the motorway to ourselves and made good time. Our destination was Postojna Cave, the largest underground network of caves in Europe. We’d been to Ingleton Caves many times and thought we’d like to see something that upstaged it.
We avoided the campsite as it wanted twice what the Aire was which was part of the car park to the caves, so tomorrow we’ll go and explore! We parked in space 13, so I guess we're not as superstitious as we thought!
Posted by Europe By Camper
Labels: Hungary, Slovenia