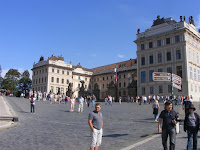 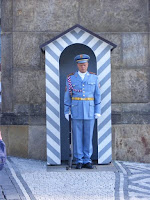 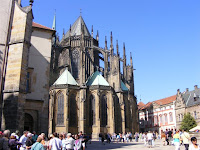 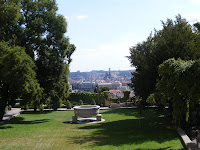 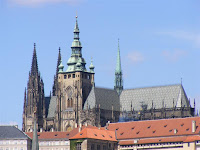 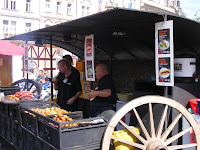 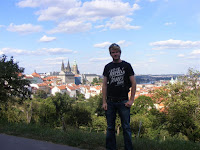 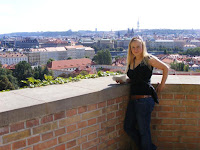 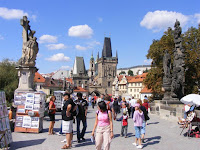 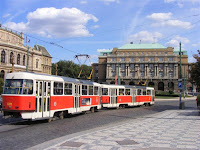 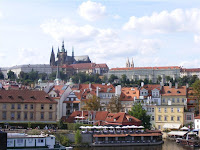 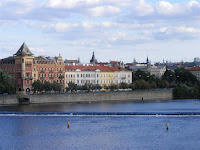 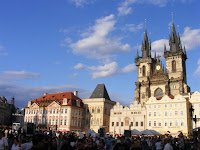 I have to say that Prague far exceeded our expectations. We spent over 10 hours walking around all the sights and there were so many nice places to see that it was a hard to pick just a hand full of pictures for this blog.

Our first trip was to the Castle which rewarded us with fantastic views over the city for our hard slog up cobbled streets and endless steps. Then we walked across Charles Bridge which got busier as we crossed it a couple of times later on in the day.

The Old Town is fantastic and there  was a market in the Old Town square. Two rules for any city traveler 1.) Eat the street food – it's what the locals eat and gives you a proper  taste for the country and 2.) Put down the guide book once every so  often and get lost. We found all sorts of little festivals talking part in the side streets as well as markets selling fresh produce (I'm not sure what those hollow doughnuts are called, but they are lovely!) and beer at 30kc a liter. We then walked around the Petrin Hill to get a better view of the city. In fact we went everywhere on the map with the exception of the Jewish Cemetery which didn't really appeal.

Today we are making our way to Budapest, I think we managed to take in everything we wanted in Prague and the idea is to have a few days to chill out in Slovenia. I was going to meet up with our guys in Prague today but I've been told that the roads in Hungary aren't great and we need to allow as much time as possible.

One thing is certain about  Prague though – we'll be back!
Posted by Europe By Camper
Labels: Czech, Prague