500 Miles through Germany and Sportcamp Austria

No sooner had we departed the ferry and fueled up, we hit the road, determined to get a days driving under our belt. We love Germany for its motorways and before we knew it we had notched up 400 miles along the E41. Somehow driving in Germany is just easier, you seem to get places much quicker and the driving itself is largely effortless as Germans and Europeans alike exercise excellent lane discipline, with few exceptions. The van was running well and the new tyres have really improved the noise (or lack of it) in the cab.

It wasn't until about 3pm did we open the window and realise that the temperatures had risen to over 30 degrees. Having driven through a couple of rain showers, this was a welcome realisation and we began thinking about where to stay the night. 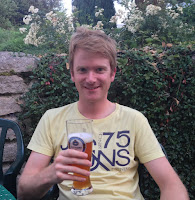 While on the road we use our EuropaSIM and MiFi device to give us an internet connection while driving. This means we can cross reference our POI file for Microsoft Autoroute with Camping Car Infos which provide photos and prices. The first aire we tried had been turned into a festival, which looked pretty interesting; we just weren't in the party mood. Second time lucky, we stumbled upon Gastof Hotel in Denkendorf. They have parking for upto 8 motorhomes at the rear for €4 a night including electric, beer €3 for 500ml and what looked like a pretty good food menu. The garden was beautiful and while the town was small we could have stayed for a couple of days.

In the morning, we hit the road again. Destination - Austria. A slight de-tour in Munich to a Real supermarket in order to stock up with Erdinger Weissbier @ 50p/bottle. The roads were incredibly busy being a Saturday and we were glad we picked up our Austrian Vignette (€8.30 for 10 days) early doors because the queues for the fuel stations were halfway down the sliproads.

We decided to try and avoid the traffic and take a less than direct route into Austria along the B178, somewhere we had driven down previously in our 2008 tour. You start to realise just how small a place Europe is when you start visiting places twice!

Our destination was originally Zel Am See, a large lake in the Salzburg region of Austria. However, the campsite here was full and the area around the lake was chocablock with tourists. Instead, we decided to spend a few days at Sport Camp Woferlgut. 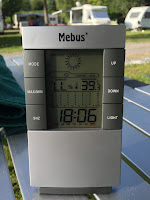 The initial reaction at reception was that we weren't going to like it. It looked rammed, with loads of screaming kids and rent-a-tents. However, once escorted to our pitch it seemed we were in fact at the other side of the campsite in a sort of overflow area which suited us fine! 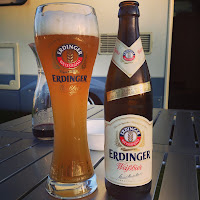 We've never really been campsite people, but our new van, time of year and our location lends itself more to this method of travel. It means you can setup camp, something we've never really done before. We have an awning side which came from the previous owner of our Adria Twin (www.fabricworks.co.uk) which works great as a sunblocker with a window that can be rolled down which provided much needed shade in the 40 degree heat.

With WiFi at an eye watering €7 per day, we enjoyed a great 3G connection with our EuropaSIM and MiFi device which enabled us to spend Monday processing orders and responding to e-mails while we were out of the office. This is our first attempt at running our business from the road and even though we're only offering one delivery slot per week our customers have been great.

Before we left on this trip we were looking at road bikes but just couldn't decide which one to buy. As it turns out the weather is going to be so hot its probably for the best that we didn't!

With temperatures rising, we're starting to wonder if Croatia is such a good idea. This is supposed to be a relaxing holiday after all, not an attempt to roast ourselves! Perhaps we can find some cool air at 2,504m above sea level - if you can guess where we're going tomorrow!